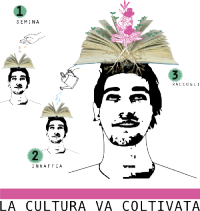 What is Public Domain?

The 1st January of every year, a part of the huge literary, art and knowledge heritage created by humanity becomes freely available for everybody. The expiration of the copyright protection terms on works produced by authors who died seventy years ago, lets thousands of works enter into the public domain. Consequently, a whole work becomes a common treasure which can be used for many different purposes (i.e. it can be printed, copied, publicly performed, translated, reproduced on any medium, digitized and more).

Is the University of Turin involved?

In 2014 the University of Turin signed a collaboration agreement with the Polytechnic of Turin, the Turin Public Libraries and the Teatro Nuovo Foundation to improve and share its own cultural initiatives aimed at promoting the library services by organizing events focused on public domain. Every year, performance, educational and informative events are organized to remember the works of the authors that gradually enter into the Public Domain.

As a consequence of the said agreement, a “Urban Library Project on Public Domain” was born in Turin. It is the result of a positive cooperation between different bodies aiming at promoting and disseminating the concept of public domain by emphasizing its social, cultural and economic relevance for cultural and intellectual purposes.

An interesting example of the above-mentioned cultural events is the organization of theatre courts, which are performed as flash mobs in library study rooms and other unexpected places of Turin. In 2014 the students of Teatro Nuovo Foundation and Teatro Nuovo Theatre, Scenography and Choreutic High School performed short plays inspired by the works of Piero Martinetti, Camillo Olivetti e Sergej Vasil'evic Rachmaninov.